STOMPING GROUNDS, a 1:1 replica made from sand, of the giant gold vault, underneath the jewish-owned Wertheim building which after a turbulent history, and the fall of the Berlin wall in 1989 became the cradle of techno music from Detroit, Chicago, UK, and of course Germany.

read PRESS about it HERE

Historically, the right to bear arms was hereditary — a sexually-transmitted inheritance from parent to child, like the color of your eyes or the deed to a home. Heraldry developed out of this, a state-regulated economy of signs demonstrating that the bearer, or his ancestor, was legally entitled to wield a weapon. Like a mise en abyme, this visual system involved layers of meaning. Mere possession of a family crest demonstrated a certain social standing, but its specific form also carried weight. For instance, the so-called “king of beasts,” a lion, implied strength, nobility, or courage in the battlefield. But over time, these direct semantic connections weakened, between the animal and its depiction, as well as between a coat of arms and knighthood. Heraldic designs eventually came to signify simply the product of a birthright: generational wealth, which is to say, power. Sand itself doesn’t signify power, but it makes it work. A vast and obscure extractive industry turns shorelines into the glass skyscrapers that compose the skylines of Alpha global cities. Sand is both a major resource within the contemporary global economy and the origins of its symbolic representation. That is, like the relationship between the living lion to its stylized double on a heraldic crest, the shifting reality of sand haunts the visual embodiment of finance capitalism as architectural form. For HEAVY LOAD, an exhibition at Fragile in Berlin, Anne de Vries has filled the space with 15 tons of sand. Impressed in its surface are the chopped and screwed traces of corporate logos, neighboring buildings, and the pawprints of a knight cannibalized by its own herald, put on podophilic display.

Documentation from: ‘Hybrids‘ curated by Chris Driessen & David Jablonowski at Lustwarande in Tilburg, The Netherlands 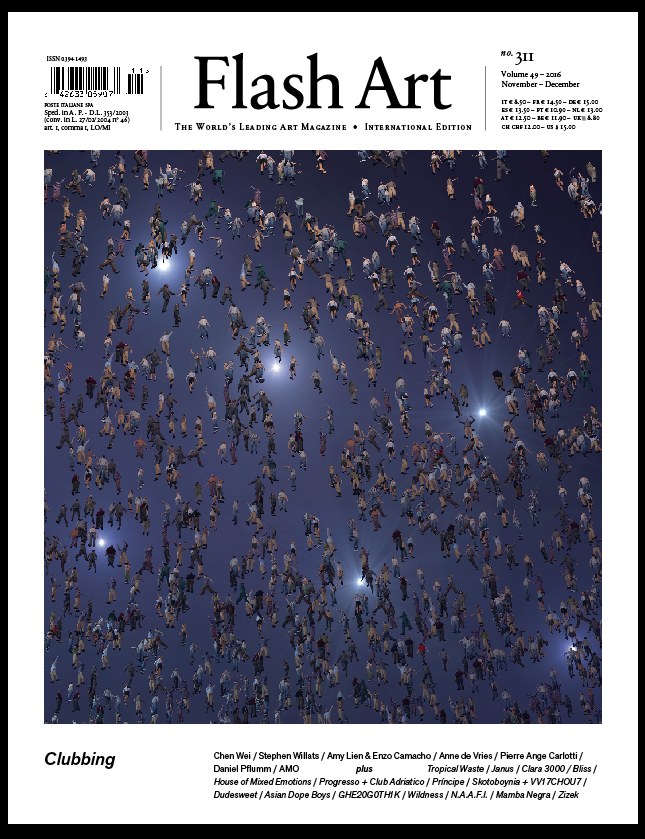 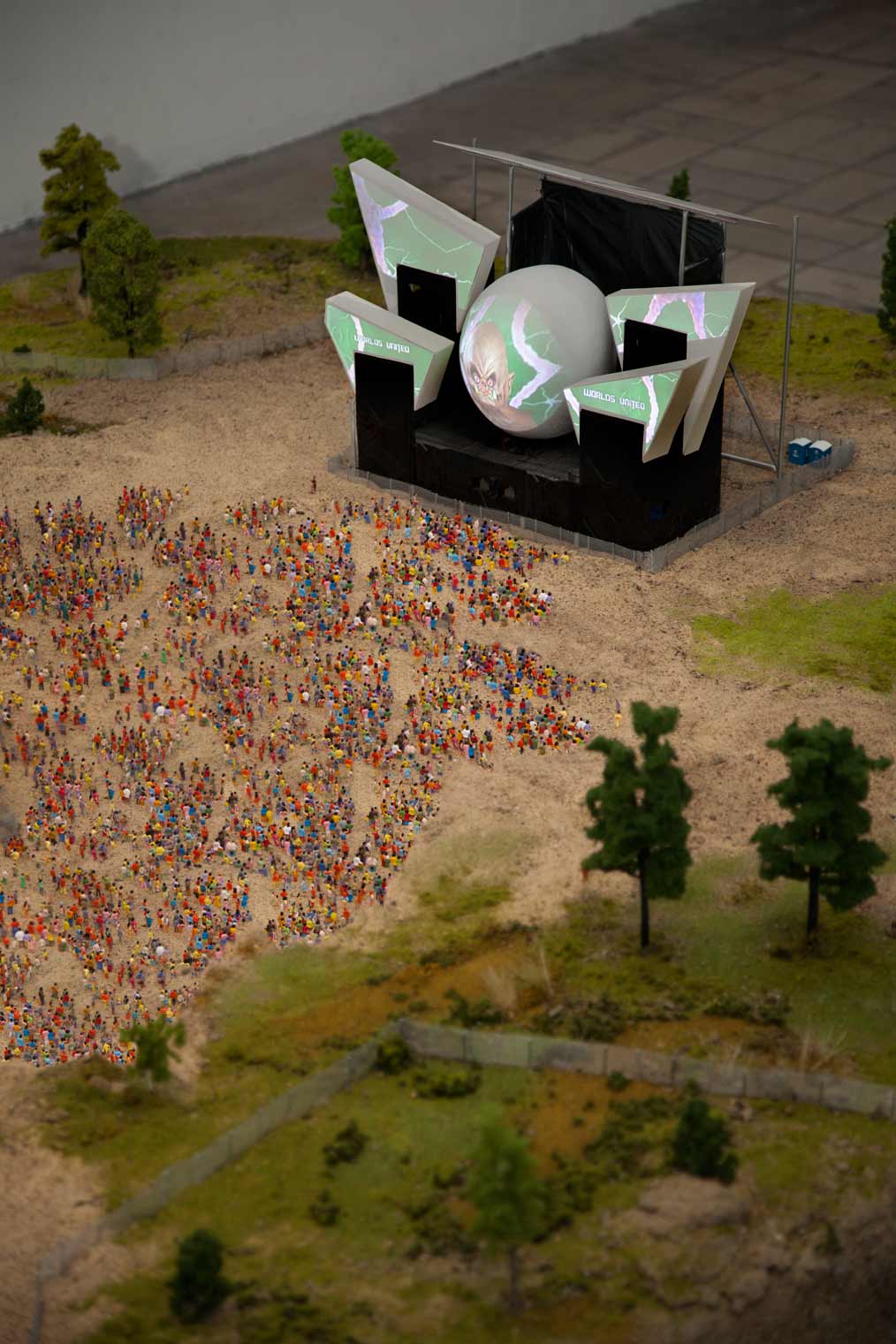 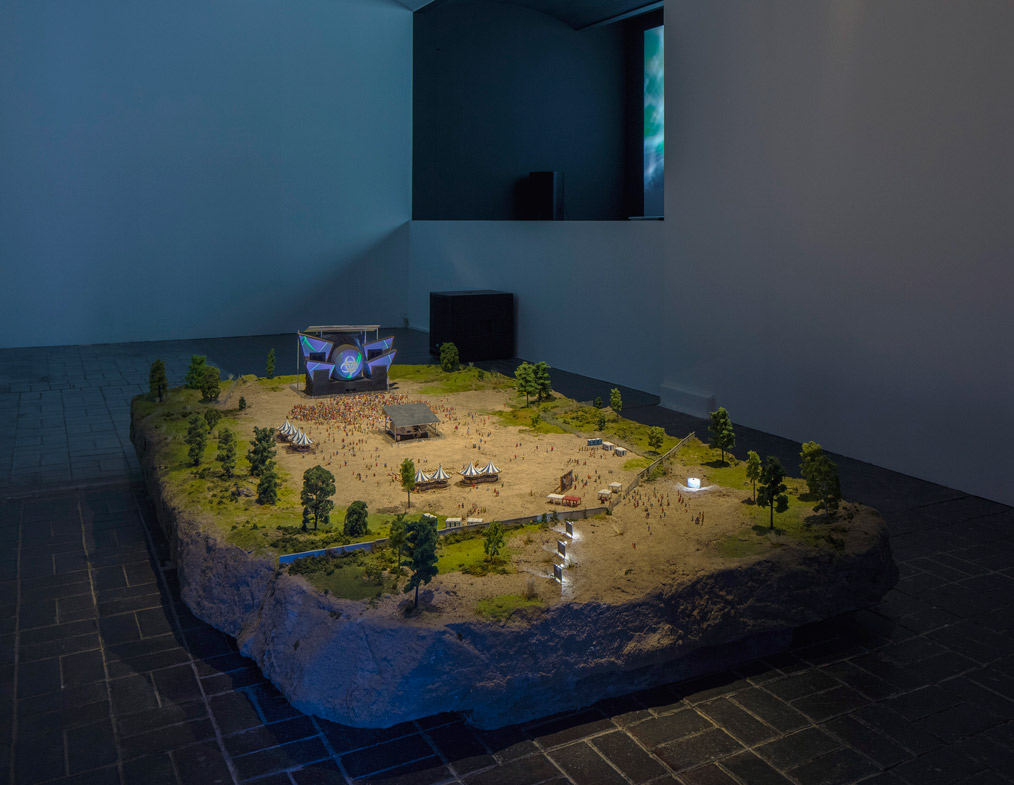 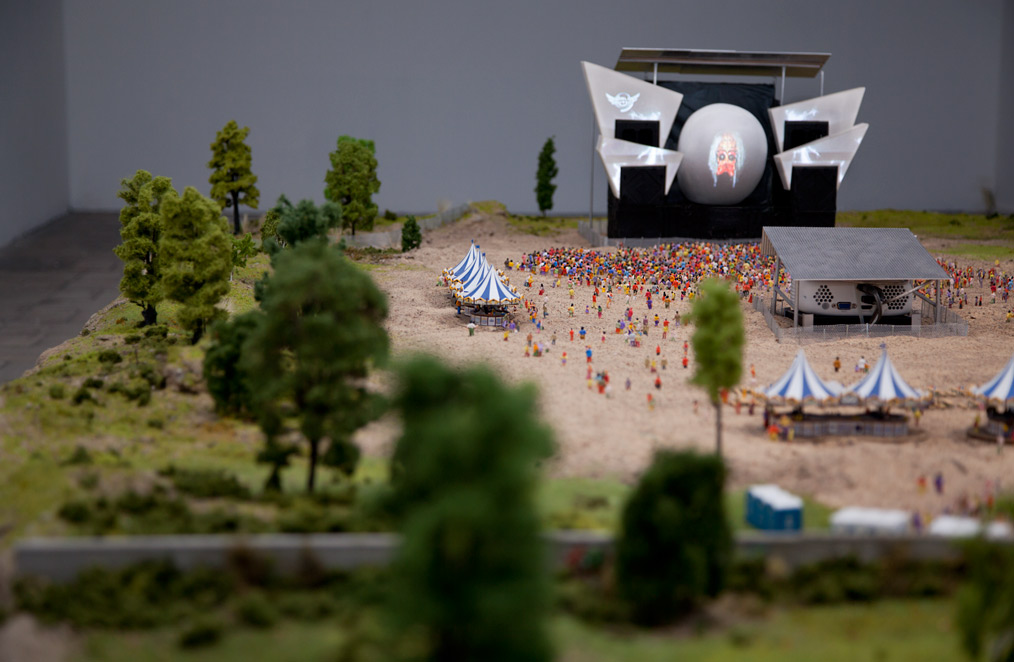 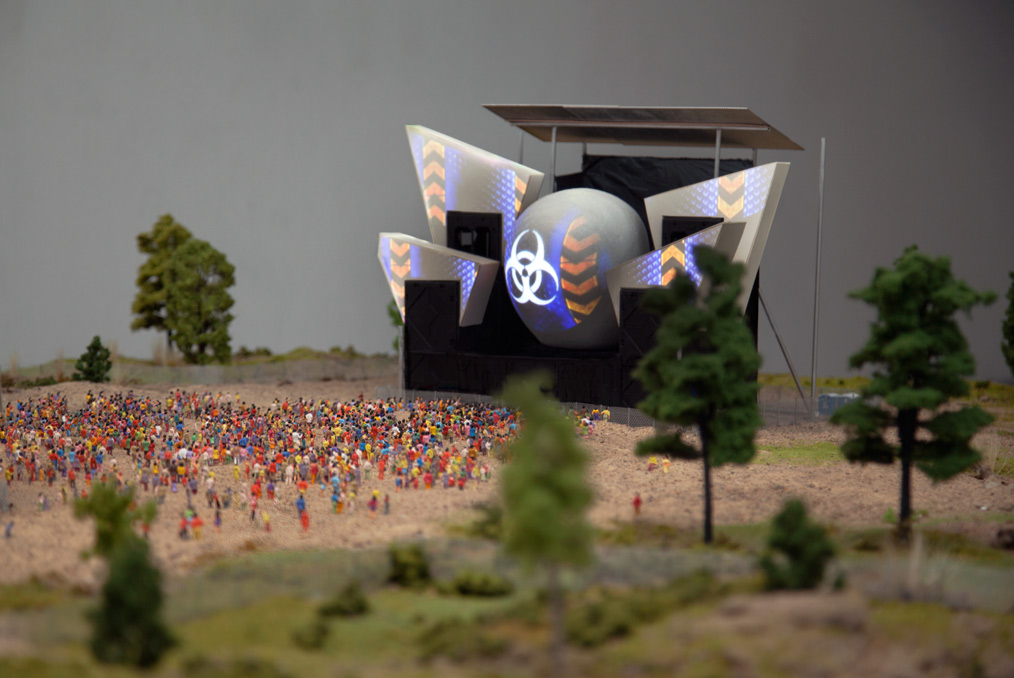 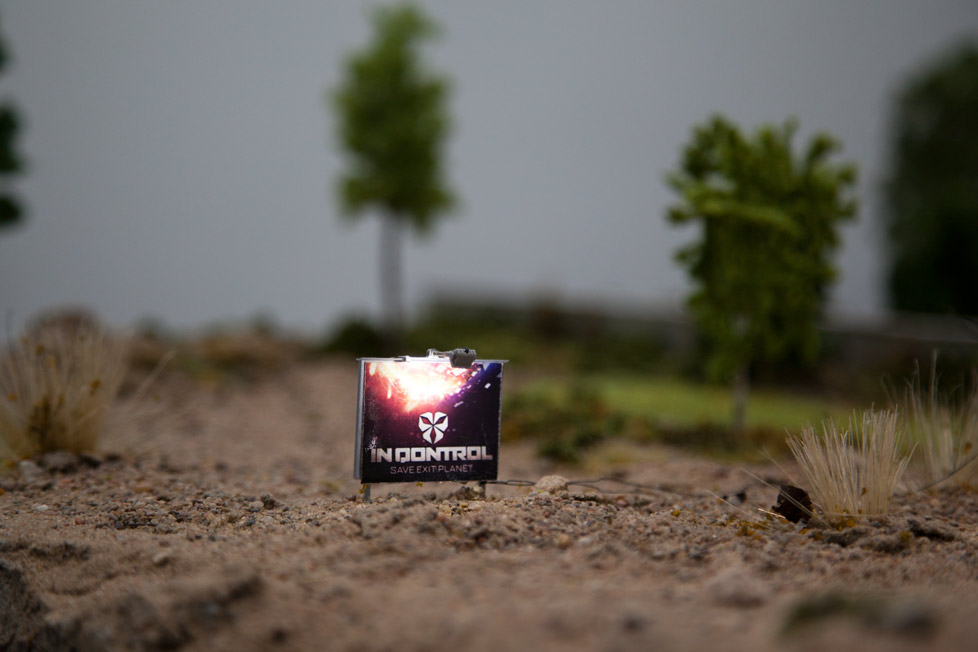 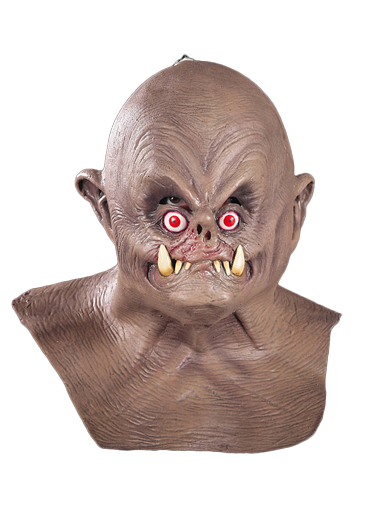 Exhibition view from the 9th Berlin Biennale at the KW in Berlin, Fries Museum in Groningen, KUMU Museum Tallinn.

Read more about this project HERE in Flash Art Magazine 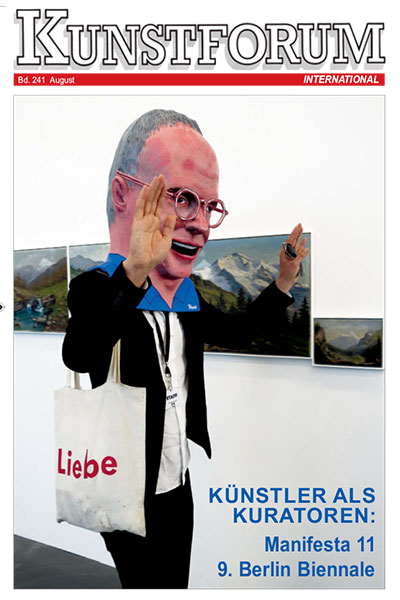 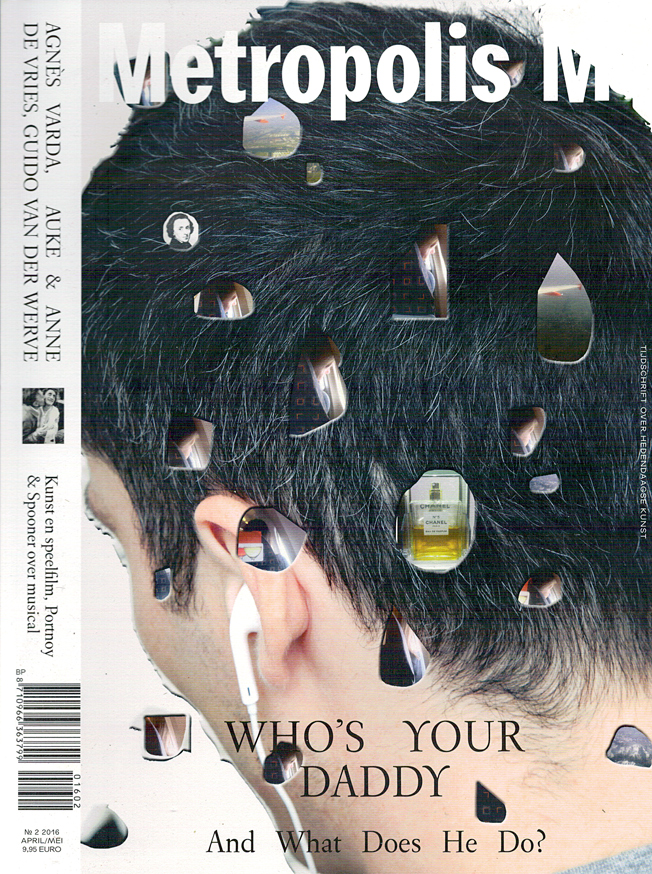 “Inside the first gallery, De Vries pulls together the human psyche by exploding a head into a variety of architectural structures and representations alongside the technology we use to feed thought and communication. Live-streamed screens of global locations take us to faraway places, from the congested streets of Times Square, New York City, to a tranquil bird watch in the South American jungle. Time zones are switched to accommodate the viewer’s desire. Each architectural make-shift shelter harbors conversations between a mediator, commissioned by Vries, to investigate and interview various representatives from special unrelated global institutions ranging from monasteries, shelters, detention centers, swingers clubs, and meditation centers. Via a series of discussions and questioning, focusing on the philosophy and mission of each institution, the audio reveals a simulation of codes and rules, which seem to merge into one. Technology takes an anthropomorphic form and the audio gives shape to distinct places and states of mind that can potentially be entered and fade into each other. The caller’s phrases and vocabulary simulate fragmented codes of artificial intelligence where humans become part of the automated tools they use.”

Documentation from the solo exhibition:Submission at Cell Projects in London, and solo exhibition Public Cortex at Onomatopee in Eindhoven and at Hybrid Layers at ZKM Museum in Karlsruhe

About: Before they could be used for flight, feathers first appeared on dinosaurs for other, terrestrial purposes such as heat regulation, camouflage or signaling. Blindly, and through the ecstasy of geological timespans, their use was transformed and mortal animals were again granted the power of flight in a new way. In biology the evolution of the feather is an example of an exaptive trait, namely a trait that evolves for use in solving one adaptive problem, but then is at some point retooled or co-opted to serve another. Recent computational models of E.Coli suggest most traits start off as exaptations. The exaptive trait stands in opposition to the idea that biology or the world is pre-determined. Instead it is wholly contingent. If the forms and functions of heredity can be so fundamentally repurposed and our material, animal bodies transmogrified to fly over mountains and swim beneath oceans, it is because matter is itself inherently open, lacking in essential character or permanent identity. A deep modularity of/and in service to a matter determined to experience all variations of itself. Whatever functions a structure has today is no clear indication of its function or meaning in the future. At each moment of time, we are new. Dependently originated, the universe in a unique configuration; empty of essence yet pregnant with unimagined forms and unpredictable capacities. The artworks and objects in this exhibition speak to the ability of the world to transform to its core.


About: The sculpted totem poles ‘Trails Rising’ are made from a mixture of sand and epoxy clay which has been marked by the tread of various sneakers. The imprints forged by ergonomic footwear, designed to augment the body, remain as traces forming future terrains. In their profusion the individual prints join and become a pattern across a mutable landscape – as if a multitude of solitary runners meet one another in a collective space, traversing the poles in a direct attempt at transcendence. One reference might be Brancusi’s monumental Infinite Column, built as a WW1 memorial for those who died defending the Romanian city of Targu-Jiu, which was created as a means of symbolic ascension to heaven. Through these similar gestures, we are presented with a different process-based interpretation, opposing Brancusi’s essentialist notion of what enhanced realities could be.

This body of work is inspired by “The dream of King Camp Gillette.” and his proposal for the ideal city. Before perfecting his invention of the safety razor and founding what became a major American industrial and sales enterprise, King Camp Gillette (1855-1932) authored several books and pamphlets calling for radical changes in the country’s economic and social system. The first of these polemical tracts, The Human Drift, called for the establishment of an ideal society to be created by The United Company “Organized for the purpose of Producing, Manufacturing, and Distributing the Necessities of Life.” Except for agricultural and other rural pursuits, all activities and all the population would be concentrated in one giant and hyper-designed mega-city, using high-tech materials and systems, to build an urban complex that Gillette called “Metropolis.” Although Gillette’s book has been regarded as part of the tradition of utopian romances like the better-known Looking Backward, by Edward Bellamy, it can also be looked on as a serious, if misguided, proposal for organizing the urban world. Gillette was a tinkerer and inventor, and “Metropolis” represents his verbal working model of a new kind of city. 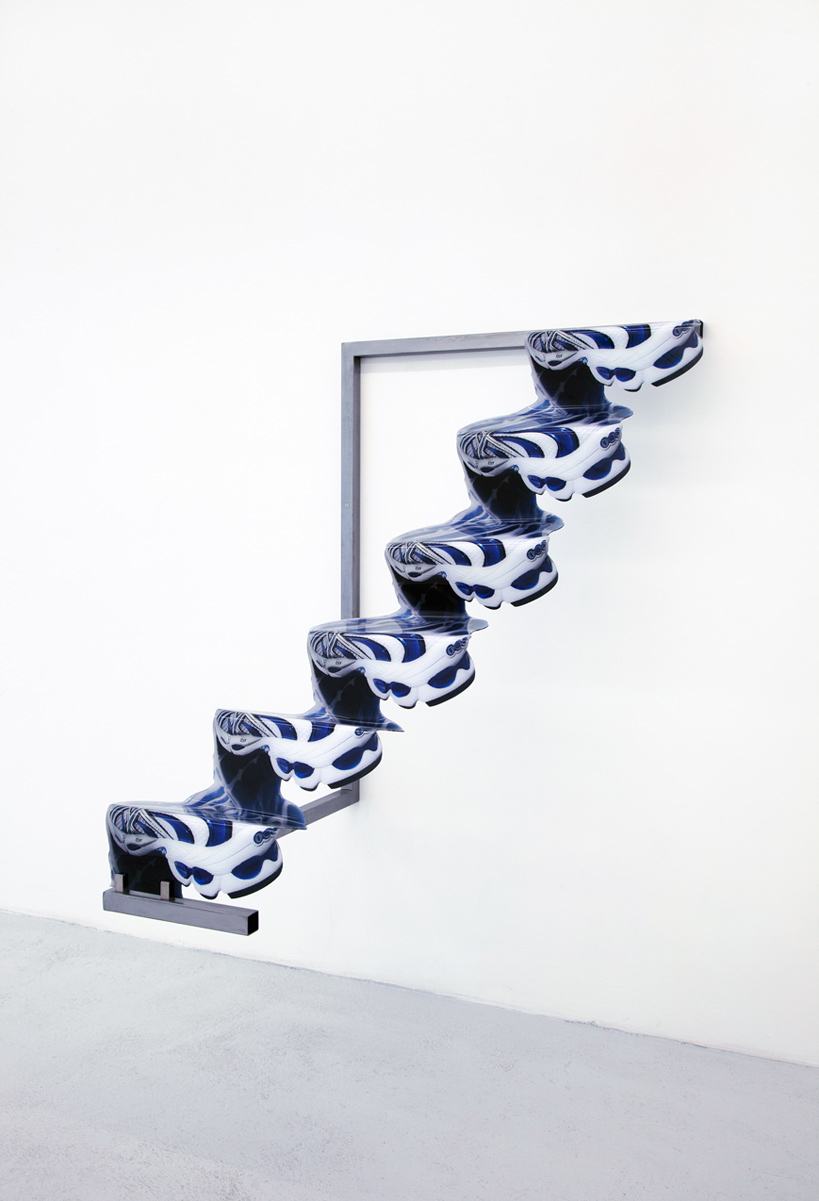 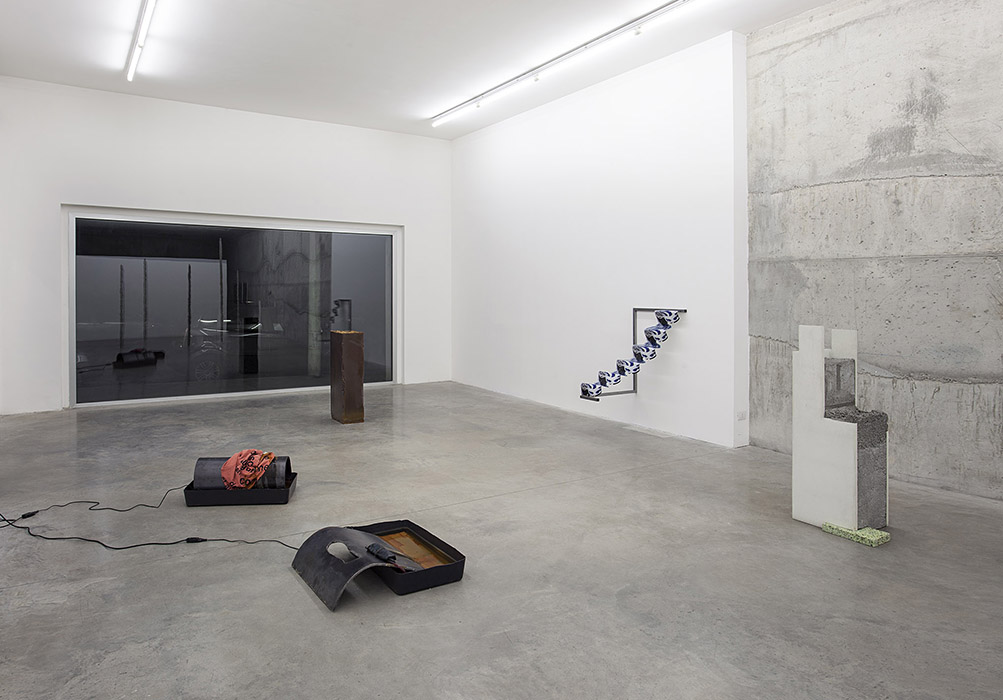 Steps of Recursion on rail – ICG